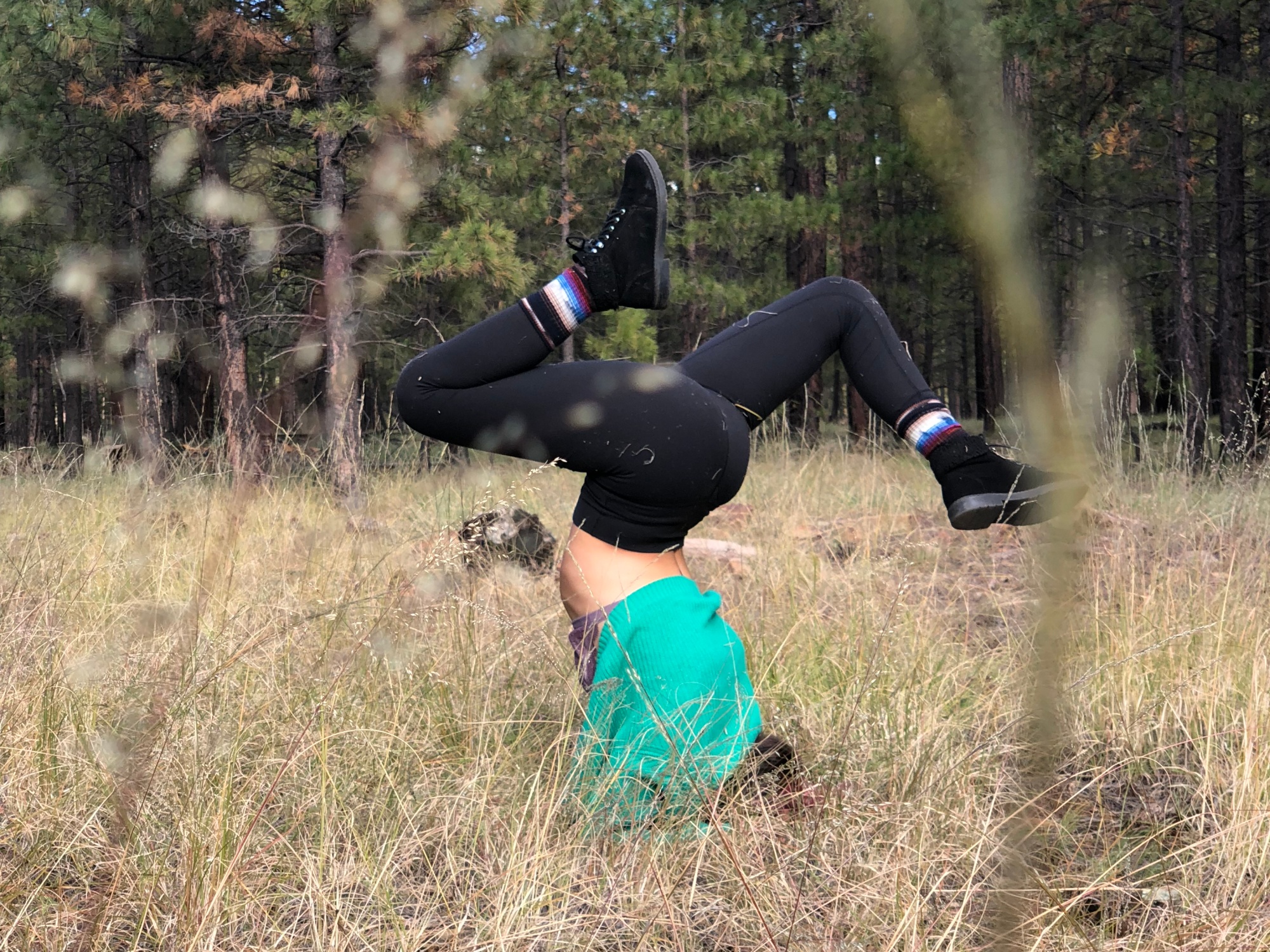 Upon arrival at 8:26 PM, Mike and I realized we had made a grave mistake in our choice to go camping. Already chilly, we drive to embark on our second camping trip ever. For sake of mind, and time, the decision was made to go to the same campground as the first time a few weeks before. Although it was already dark, we had head lamps and excited hearts ready to make this tent, in true Bear Grylls style. The only problem was, the Canyon Point campground, and every other campground within a 15 mile vicinity, was already closed at this point. After a very insightful and freeing screaming match, I refused to give up after driving 2 hours for this one-night stand with Flagstaff. Looking at the GPS, I found Willow Lake nearby. Screeching into the random side road, we had high hopes.

To our delight, there were actually free campgrounds here. In the dark, we managed to find a clearing perfect for a tent and fire. Lit up by the car lights and our handy head lamps, we begin putting the tent up. For our second time, we weren’t too shabby if it wasn’t for the biting, heavy winds rushing against us. Eventually, we were rejoicing at getting it up. It gave me reminders to the family camping trip with my mother, when she and the tent almost got taken with the wind. After this feat, took a walk to the lake. As we approach the lake, darkness engulfed us and the lake looked like an ominous black hole. The scaredy cats that we are would have to check it out in the morning. Getting back to our “camp” we needed a fire to survive. Mike picked the spot and laid some of the logs we had bought from Safeway on the way. Classic campers. It looked like a true boy-scout beginning fire. I went for dry pine needles multiple times, until I started the fire. I’m still proud of myself for that one!

With some tunes, brews, and headlamps that also turned red, we had a little party for two at Willow Lake. The stars laid out, no astrolabe could measure,  leaving us in awe of nature’s beauty. It seemed like we were in a snow globe, minus the snow, with colorful pink, purple, and green stars. Company and fire kept us warm for awhile until the 28 degree reality set in. We were unprepared of course. Forgetting gloves, scarves, and sleeping bags, we could have had a much warmer experience. But, I wouldn’t change it for the world. Except in the morning, coffee-less, trying to warm up in the car before hastily tearing the tent down.

P.S. No pictures were taken in the making of this story due to cold, inclement weather.